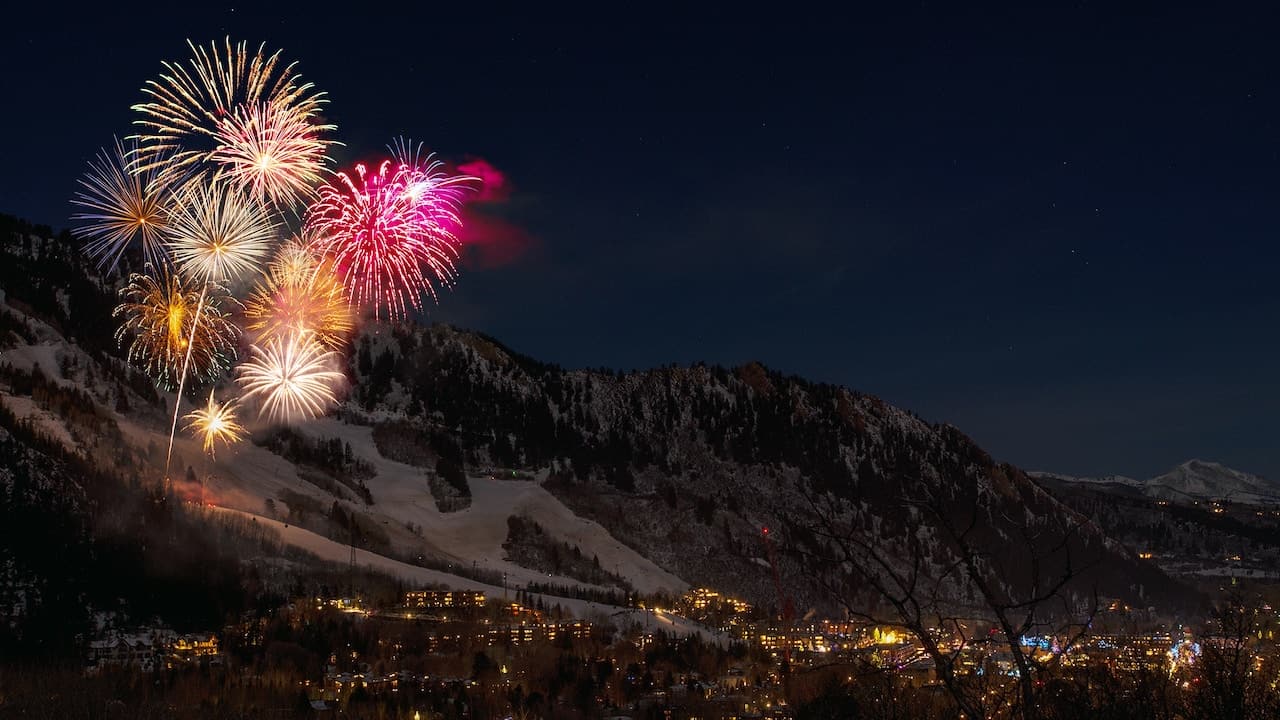 There is a period in everyone’s development, I believe, where they choose to be dismissive of New Year's resolutions. If that’s you now, you’ll get over it. New Year's resolutions are a perfectly valid mechanism for helping to drive change in one's career, business or life, but most of them fail to achieve such change, I believe, because they’re framed as quantifiable, all-or-nothing goals. More on that below, along with how you can make sure your resolution actually drives change this year, but first, let me address why they’re perfectly valid.

When we first form the intent to affect a significant change in our lives, one of the next steps we take is to look forward into the future and anchor our change in behavior to an event. “I’m going to lose 20 pounds by my sister’s wedding,” as an example, or “I’m going to start working out on January 1st.” The more compelling the event, the greater level of commitment we are able to muster. The idea of fitting into the new outfit, looking slim and trim for a wedding is pretty compelling. Beginning a new habit on the first day of the year is not as compelling but the principle still applies: we form the intent to change then we look forward to a point in time to which we can anchor either the outcome or the beginning. One way to make your resolutions more powerful is, in addition to committing to the Jan 1 start date, see if you can’t look further into the future and anchor a goal or milestone to an even more compelling event. But I prefer another method altogether, which I’ll share after I briefly address why resolutions so often fail.

Think back to past resolutions you’ve made and ask how many of them included the words like “quit,” “never,” “always,” or high frequency words like “daily” or “weekly.” Of course it’s important to set goals but when the goal is to do something always or never again then one slip up can derail the entire attempt. Resolutions, especially those around breaking old habits or establishing new ones, usually fail when they are set as ambitious objective goals.

Themes Instead of Goals

Several years ago, once I understood that New Year's resolutions were entirely valid mechanisms of change, I decided to embrace them again. This time, however, I made the decision to remove all quantifiable measures and instead choose a single theme that I would focus on that year.

In 2018 my resolution was “Be present.” That almost certainly means different things to me than it does to anyone else. Of course it meant some of the obvious things such as meditating, appreciating where I am and who I’m with, staying in the moment rather than always looking ahead, etc. But it also meant taking in less information—reading less non-fiction, listening to fewer podcasts, living with less information and more silence.

I set no objective measures except for the occasional vague notion of “more” of one thing or “less” of another without any real baseline. I simply resolved to work on this area whenever I remembered to do so and I refused to put any pressure on myself to hit specific goals. That’s how I use resolutions—for big areas or themes in my life, where I should be able to look back and appreciate any improvement without the guilt of having fallen short of a specific goal.

Goals Have Their Roles, Too

I’m also a big fan of goals and I set many for every new year, including revenue and profit. For 2018 I set a Wildly Important Goal (WIG) for the firm that was an ambitious revenue target (and decided to eschew any specific profit target). I wanted to see if we could break a big threshold. We didn’t make it, but we were so close that with one accounting trick we could probably make it look like we did. We achieved the highest year-over-year revenue growth ever—by a long shot—but fell just short of our goal. How should I feel? I’m mixed.

I don’t regret setting the goal but I wonder if I had simply said the theme for the year is “Revenue” would I feel better about the result? Bottom line growth didn’t track with top line. Should this coming year’s theme be “Profit?”

Neither of those feel right to me. I think certain goals need to be quantified and others are better left as themes. Financial goals should probably be quantified (even in broad terms like “more” or “less”) as should abstinence goals around dangerous addictive behavior.

For themes or unquantified goals, I’m sure many will ask, “but how will you know how well you’ve done?” The answer is you’ll just know.

If I had to grade myself on being present this past year I might give myself a C–. I started strong but often went weeks without thinking about my resolution. Still, I look back with only a sense of accomplishment. Because the only goal was to work on an area, and I set no objective measure, I could not fail. And while I only earned a C– grade and I’m moving on to the next resolution, I know from previous years that my growth in this area will continue.

In 2017 my resolution was “Fight confirmation bias.” I actively sought out people whose points of view were different from mine. It was hard at the beginning, forcing myself to listen to the ideas of “idiots,” but at the end of that year I think I would have graded myself a C+. (Let me point out that I don’t typically grade myself on my resolutions, I’m simply trying to convey to you my own feeling of marginal rather than marked improvement.) But things really changed for me on that front in the most recent year while I was working on being present. The carry-on effect of my 2017 efforts has seen me positively influenced by people I would have previously dismissed out of hand, many of whom as it turns out aren’t idiots after all. I have rethought my positions on many subjects and I’m no longer sure what my political or world views are. I am without a tribe, politically homeless. I don’t remember if this is what I wanted when I set the resolution two years ago but I am slightly embarrassed at how my well-guarded beliefs used to shape so much of my own sense of identity. So when I think ahead to my New Year's resolution for 2019 (which I’m keeping to myself for now, but I’ll tell you that it’s just one word) I know that I will also continue to make progress on last year’s resolution as well as many from years previous.

By adopting themes instead of goals you tap into the universal truth that direction is more important than pace. All but the most absolute of objective goals are arbitrary, anyway, so why should failure to hit these goals often lead to total abandonment of the pursuit and a feeling of—surprise—failure? In our business we successfully grew revenue last year by any rational person’s measure—by any objective measure at all—except for the goal I set. By that measure alone, we failed. I can appreciate the success but I cannot shake the feeling of failure. How fucked up is that?

Some Theme Suggestions for the Year Ahead

I’ve never used themes as a means of replacing bad or addictive habits but I wonder if someone who has had trouble quitting smoking in New Year's resolutions past might not start with a theme of “fresh air” and save abstinence for a future goal when it seems more achievable? Surely the theme of “fitness” is better than the goal of working out daily or weekly? Maybe you’re already good at being present and you’re ready to try to establish a routine of daily meditation, like my wife did last year, or maybe you’ll do better with the freedom to just work on an area and trust it will yield improvement.

Some themes I might suggest to our clients—agency principals looking to win more new business in the year ahead—include: be the expert, say no, take the lead, embrace silence, say what you’re thinking, better conversations, calm presence. You can still set revenue, profit and other specific goals but in addition to them, try picking a general theme to work on and resist the urge to impose a measurement.

Before I replaced goals with themes over a decade ago, I can’t recall ever making good on a single New Year's resolution. Since then, however, I can attribute a lot of my personal growth to themes that I set at the beginning of the year. Annual themes value direction above pace, they remove arbitrary and often debilitating measurements and they’re all but impossible to fail at. They have literally changed my life, and they can yours.

Looking for more? View all your training options.

There are three keys to getting paid: start with new standards for new clients, summon the resolve to enforce your new standards the moment client behavior starts to slip, and be willing to walk away from clients that don’t honor their commitments.

Should Your Firm Launch a Venture Fund?

If you have the appetite for it, consider investing in a venture unit where one success has the potential to generate the equivalent of years of profit.

The Five Levels of Pricing Success

In this post I lay out the five levels of pricing success and ask you to do an assessment of where you are now. Then I identify the best resources to help you move up from your current level.