Coaches Corner: Scientists Do This Crazy Thing, And You Should Too

And it’s not just a few scientists. It’s almost every scientist. It’s like a cult. They’re all crazy. They’re all giving away everything they do.

And you know what’s even crazier? If you want to get a job as a scientist, you have to agree that you’re going to belong to this crazy cult. Want to join the faculty at a prestigious university, where you can think new thoughts and write them down and do your research and have a bunch of grad students do experiments that you’re too busy to do? Great. If you’re good enough we’ll let you join our club, but there’s just one caveat: you’ve got to give away everything you do. All of it. For free. Sounds crazy, doesn’t it?

In fact, the unspoken rule of this cult states that if you don’t give away enough original thinking, we’ll banish you from the cult. You don’t get to teach at our top-notch university any more. We’ll kick you to the curb and send you off to some ninth-rate college where you’ll teach the basic principles of your discipline to bored students who couldn’t care less for the rest of your life. Sorry. It feels brutal, doesn’t it? It’s crazy, but you see, we have a Rule.

The Rule is simple: Publish or Perish. If you don’t regularly come up with original thinking, and write it down, and make it interesting to read, and give it away for free, you can’t stay in our cult. That’s crazy, but that’s the Rule.

What do you get in return? Almost nothing. It’s just this tiny, crazy thing. It’s hard to measure; it’s so small it doesn’t weigh anything. It’s a by-product, really. Some call it credibility. Some call it reputation. It’s crazy, but it’s important enough that it can make—or break—your career. You want to be invited to stand on the podium because what you’re saying is so important that everyone will write it down? Fine, give away your thinking and make sure it’s original. In fact, if you give away thinking that’s original and important enough, you can even stand on the podium as they hand you a Nobel prize. You can’t buy one of those, you know. You can only get one by giving away what you know. For free. How crazy is that?

And you want to know what’s really crazy? Crazier than everything I’ve said so far? We ALL have to play by this Rule now. That’s crazy, but it’s true. It’s Publish or Perish for all of us. It’s not just for scientists and academicians; they were just ahead of their time.

They called it peer-reviewed publishing for the last three and a half centuries. Now, the rest of us call it content marketing. (At the core, they’re exactly the same thing.) It can make—or break—your career. If you don’t regularly come up with original thinking, and write it down, and make it interesting to read, and give it away for free, you can’t stay in whatever cult you desperately want to be a part of. We’ll kick you to the curb. You don’t get any of this tiny, crazy thing that’s hard to measure; it’s so small it doesn’t weigh anything but it carries a lot of weight. Some call it credibility. Some call it reputation.

You know what’s crazy? You want credibility? You want reputation? You want to be the top search result in Google? You want to be invited to stand on the podium because what you’re saying is so important that everyone will write it down?

Follow the Rule. It’s simple. Publish or Perish. It applies to all of us, not just scientists. Now that’s crazy.

David Chapin is the CEO of Forma Life Science Marketing where he works with scientifically-based companies to Make the Complex Compelling. You can follow him at @dschapin. You can reach him at david[at]winwithoutpitching[dot]com. 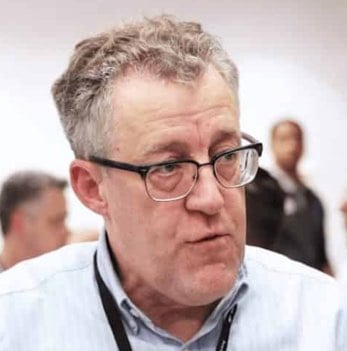 David Chapin is a coach for the Win Without Pitching Program where he helps agency principals and employees improve sales results through guidance on positioning, expertise building, sales and marketing. David is also the CEO of Forma Life Science Marketing where he works with scientifically-based companies to Make the Complex Compelling.

Learn how to win

without pitching and apply value-based pricing.

I think together we can make a few million dollars this week, quickly, simply. Use this simple email template that you can use to raise deals from the dead.

Red, White, Black and Blue: The Land of Mixed Signals

In light of where things are in America, I feel the need to point out that if you’re familiar with and have benefitted from my work, Creative Strategy and the Business of Design, and my #thinkhowtheythink philosophy, a sharecropper named Mr. Ben Frank Davis is where it came from.

You Don’t Really Partner With Your Clients

Many agencies like to boast on their websites and in their pitch decks that they “partner” with their clients. It’s bullshit of course. What they mean is they aspire to have their clients treat them like partners instead of vendors. I get it. It’s good to have a goal. But putting it on the website